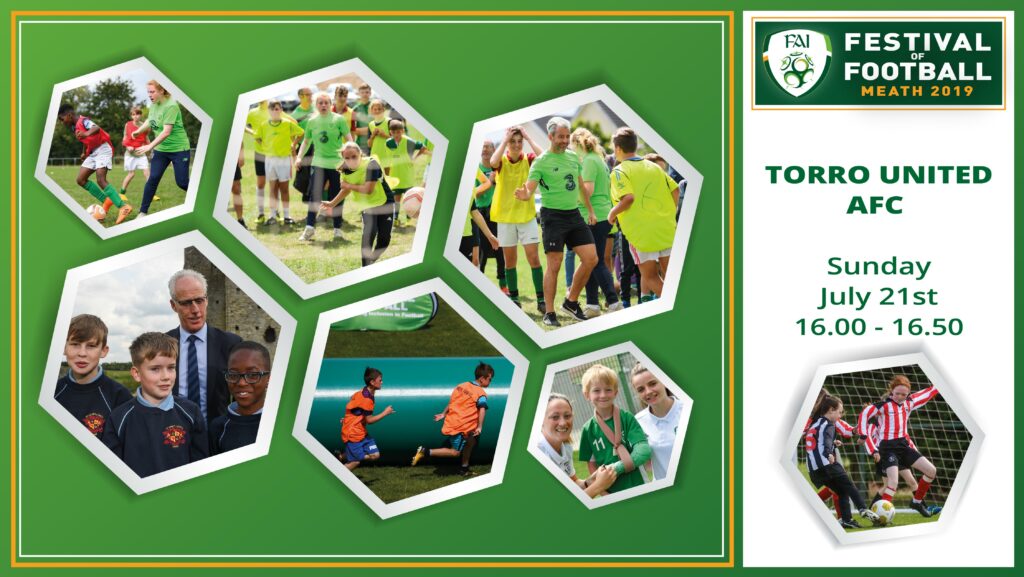 On Sunday 21st July the FAI Festival of Football roadshow will stop off at Powderly Park.

Amoung others Richard Dunne and Megan Campbell will be visiting our club ground.

Richard Dunne is a former Irish International with 80 Caps to his name. He has played with Everton, Manchester City, Aston Villa and QPR in a long and distinguished professional career. He played in the World Cup in 2002 and the European Championships in 2012.

Megan Campell is a current Irish international with 33 caps to her name is from down the road in Drogheda. Having played with some local teams in the area before moving to St. Francis and then Raheny in Dublin and then onto Florida State Seminoles. She now plays with Manchester City and is seen as a long throw expert, and you can be sure we will ask her to show us on the day and find out her techique.

As part of the day we will be hosting a Soccer Skills event for all our teams to show case their skills and maybe get some advice from our international stars. We will start our activities at 2 pm and will welcome the FAI delegation at 4pm. We hope tomhave a larg turnout on the day so please join us on the day.

Since 2007 the FAI have been visiting various Counties around the Country as part of the week long ‘Festival of Football roadshow’. It is a fantastic way to connect with Clubs who are making a difference in the development of the game in their particular area.
This be the first time the Festival will be brought to Meath having visited, Kerry, Mayo, Monaghan, Wexford, Clare, Donegal, Wicklow, Westmeath, Sligo/Leitrim, Tipperary, Kilkenny and Cork in recent years.

This years Festival of Football will take place between Sunday 21st July 2019 to Saturday 27th July 2019.

Among the events planned for the weeklong Festival are numerous daily visits to Meath Clubs by former and current Republic of Ireland Internationals, well known football personalities, high profile coaches, and FAI personnel as they take part in soccer camps and games across the County. The FAI Coached Department will run a festival in tandum for the weeklong celebrations and offer a unique opportunity for parents and aspiring coaches to complete introductory level courses and workshops, while football fun days will take place at Clubs around the County.
The FAI will make equipment, funds, match tickets and services available to Clubs in Meath to mark the hosting of the Festival which will culminate with the FAI Delegates Dinner and AGM. The dinner and AGM will be attended by approximately 300 Leagues Delegates and Provincial Representatives from every corner of the Country as they descend to this beautiful and vibrant Soccer County. At the Delegates dinner numerous awards will be presented to acknowledge people involved in the development and administration at the grassroots level of the game nationally.
A huge part of the Festival of Football is celebrating what has been done in the area and recognising achievements of Clubs as they strive to promote the game in their locality. In recent years huge developments have been made by Clubs and this is an opportunity for them to showcase their efforts to a wider audience. Indeed it is also an opportunity for those in the early stages of development to now make targets for themselves on field and off over the coming years in the lead up to the event. 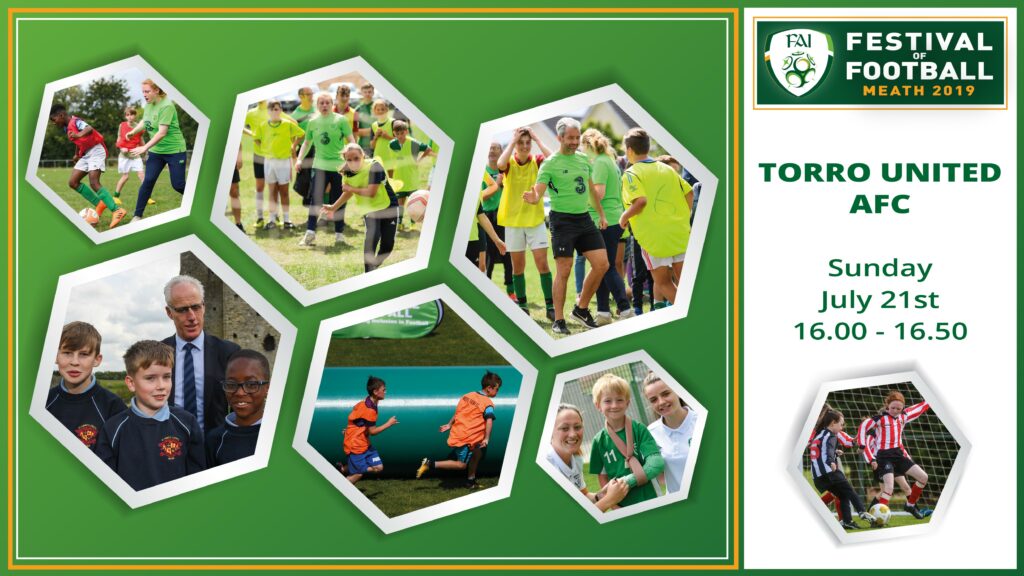